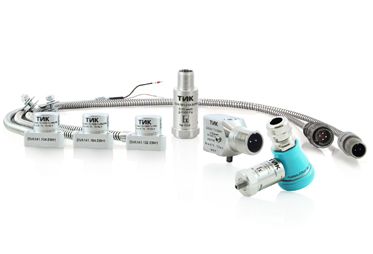 Consist of a sealed housing, which are integrated acceleration sensor and conversion board;

DVA141.214 allows the use of cable assemblies with MIL connector from imported sensors;